Since I reviewed my Synology DS1812+ NAS and suggested that the best disks to pair with this great hardware were the Seagate Barracuda 3TB, specifically the 1TB per platter ST3000DM001 model a lot has changed.

Since then, since the two firmware releases by Seagate (that seem to have resolved nothing, browse the forums here), since I had a disk die on me, since all that; Western Digital have released the holy grail of disks for home NAS users, the Western Digital Red line of NAS hard disks.

Some history first.  When one of my Seagate 3TB disks failed, completely at random, I immediately purchased another online so I could get my array back up and running ASAP without waiting for my warranty replacement (only 4 months into my 24 months, new Seagate disks are only 12 months).  It’s happened before but when I tested the brand new disk the next day it was DOA (Dead On Arrival) it wasn’t recognised by the Synology or by my desktop machine, instead making an awful metallic noise.

I then thought what other disks might be available as I had been browsing the Seagate forums and getting rather worried.  I considered Hitachi but then saw that Western Digital had a new line of disks specifically designed for NAS units but without the huge cost of the Enterprise RAID disks, they even do a 3TB version, perfect!


* 3rd Party infomration, I can’t find a value for MTBF on Seagates website.

I have supported Seagate disks for a while; they have truly been great for me. However, with the firmware issues and the general vibe from the Seagate forums mixed with my own general drop in confidence with Seagate ( 3 years warranty is now 12 months).

I waned something better and Western Digital appear to be doing everything right.

The Red line of disks appears to be an evolution of the best of the Green line, low power, flexible spindle rotation speed, great 3 year warranty and a dedicated support line for Red customers makes you believe this is a company that wants to work for its customers.

As you can see, the single WD30EFRX 3TB Red in my Synology is fairing much better in terms of temperatures than its hottest ST3000DM001 cousin (20c ambient)

The WD Red has only been operational for 19 days in these SMART readings but instantly the readings look a lot healthier than that of the Seagate disk that has been running for about 105 days , worryingly more that it is rated for! (Currently 2543 Power-On-Hours vs the 2400 Seagate specification) 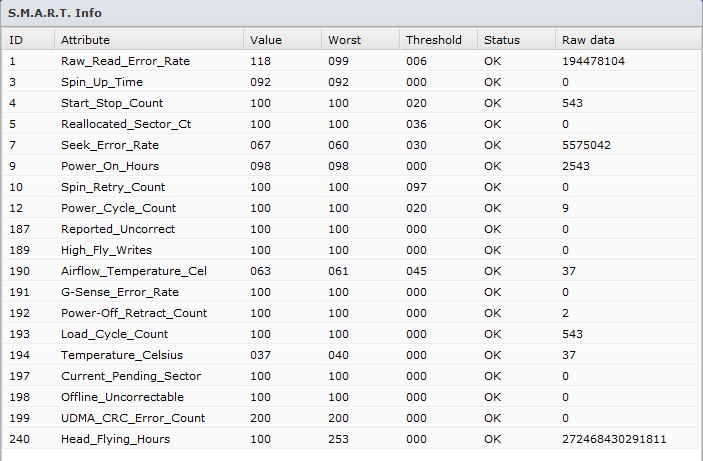 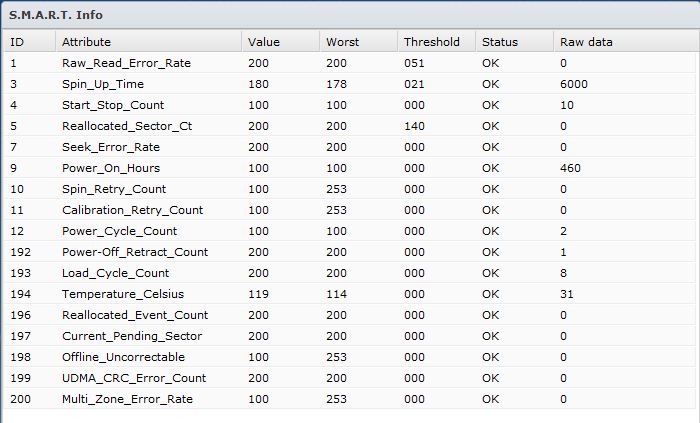 There are plenty of reviews for the Western Digital Red line of hard disks, most if not all sing their praises. It’s a ever growing market place for disk manufactures as home users storage grows.

For me if any more of my Seagate disks fail I’ll be applying for my warranty replacements but I won’t be using them, I’ll be purchasing some more Western Digital Red 3TB disks for proper peace of mind.

I think Dell make a great monitor; I’ve been buying Dell 24” monitors ever since the brilliant 16:10 aspect 2407wfp. However, the more recent Dell U2413 appears to have a rather serious issue where it will turn off after extended…
END_OF_DOCUMENT_TOKEN_TO_BE_REPLACED

(applies to the BR900GI model as well as other in the range, 550GI, 1200GI & 1500GI) Here is a writeup on how to recondition your UPS with cheaper standalone batteries rather than simply buying the manufacturers replacement pack. My UPS…
END_OF_DOCUMENT_TOKEN_TO_BE_REPLACED

Having Windows 10 Pro gives access to Hyper-V as a virtualisation platform. Needing some VMs locally on my laptop I added the Hyper-V package to Windows and set about getting things configured. However, when setting up the networking, specifically, an…
END_OF_DOCUMENT_TOKEN_TO_BE_REPLACED